The works in this solo exhibit are inspired by my encounters with the world of shadows that surround us, a world that we often miss. Shadows of tree leaves on sunny, windy days animating sidewalks, and ordinary objects casting intricate silhouettes on various surfaces are all part of a lively theatre that’s constantly appearing and disappearing around us. This fleeting world is sometimes as wild as the wildest dancing, more poignant and arresting than sunsets and poetry–and it is all hidden in plain view.

When I was little, my mother used a very curious method to predict the weather for the year.  Equal parts magic, astrology and faith, her method involved carefully pouring twelve small, identical mounds of salt onto a small tray. Each of the twelve mounds represented one of the months in the calendar year. She would set the tray outside overnight on the evening of Epiphany, January 6.  The next morning, she would carefully examine each mound for moisture content, and from their individual conditions (which were apparently different!) she could predict the weather conditions for each month of the year.  I don’t know if this method was accurate or not, but it didn’t matter to me as a child.  There was something quite magical about the ritual that captivated me.   And, despite their humble appearance, I always found the small mounds of salt quiet beautiful.  I view this piece as a distant homage to her methods.

The piece is a site-specific installation titled spring will come early.  It involves setting up two identical versions of the same piece, one indoors and the other outdoors.  Each piece will consists of 12 mounds of powdered pigment.  The piece that’s installed outside will naturally undergo changes due to its exposure to the elements, particularly rain and wind, and will, therefore, change dramatically over time.  The indoor piece, by contrast, will remain almost unchanged. 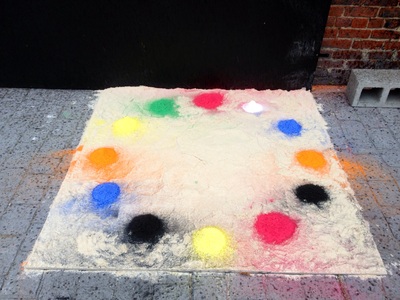 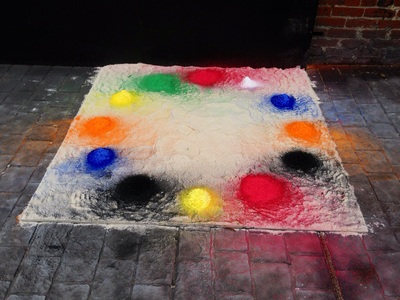 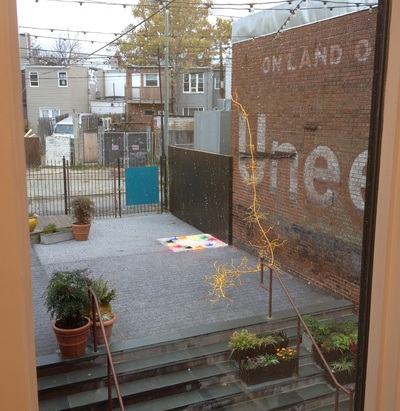 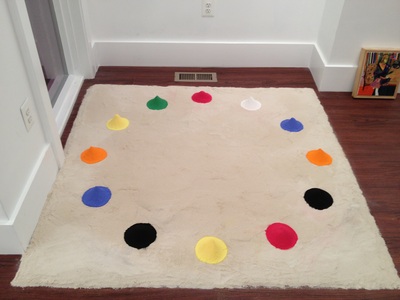 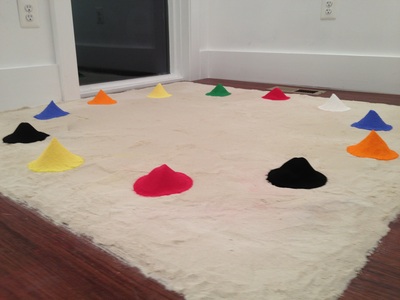 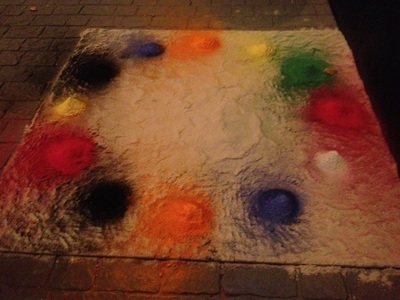 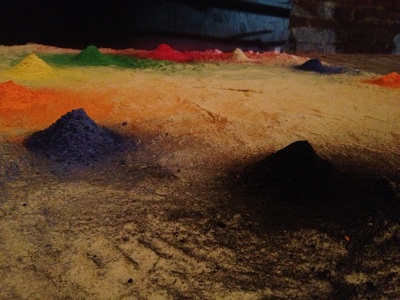 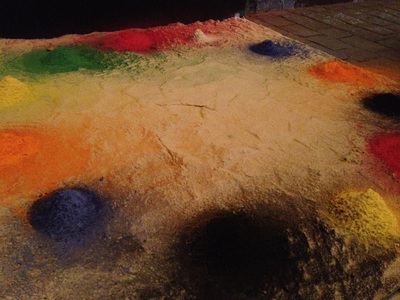 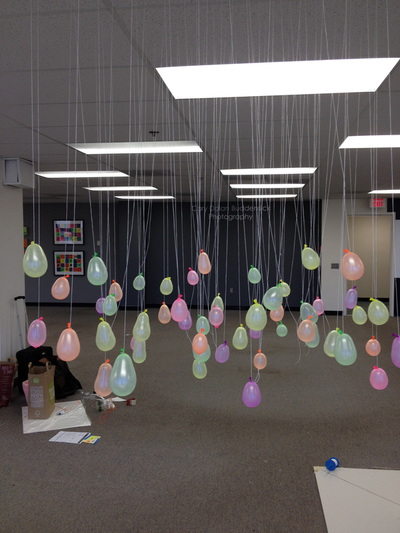 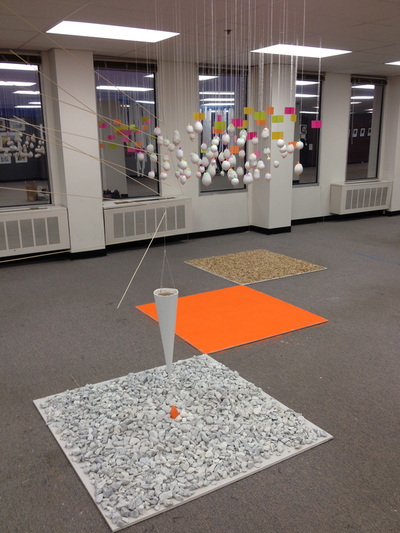 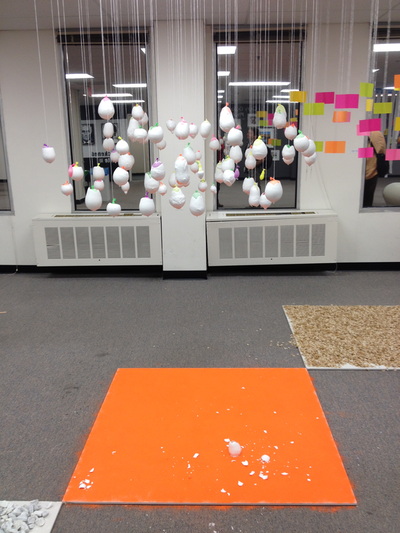 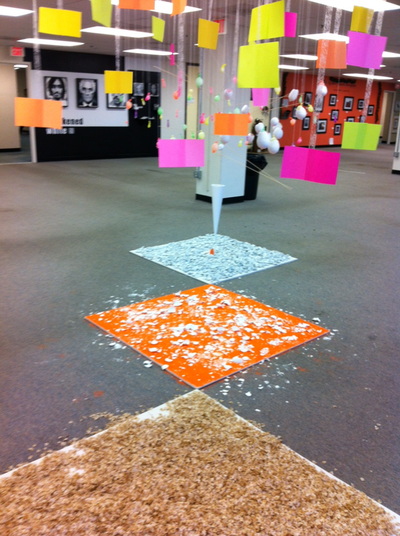 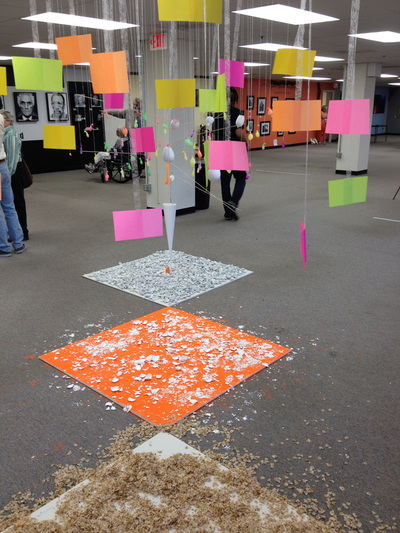 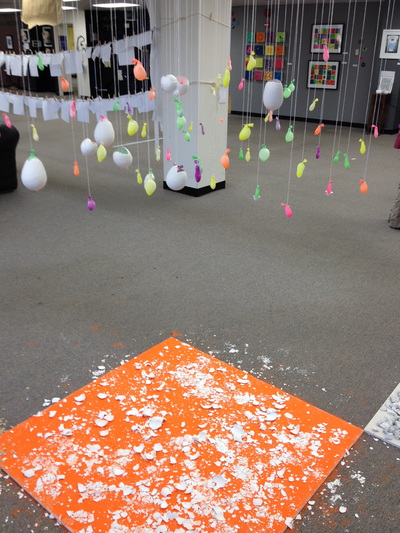 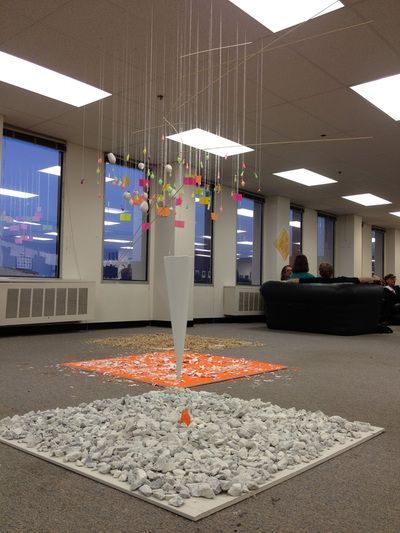 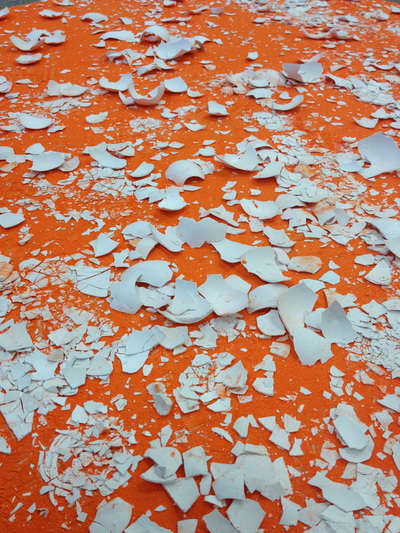 In one of them, small balloons dipped into plaster were suspended from the ceiling. The plaster initially clings to the balloons, but they naturally deflate overtime. As they do so, the rubber pulls away from the plaster. When this happens, the plaster shells don't immediately fall because of the shape of the balloon. But it's only a matter of time, as the balloons continue to lose air and eventually gravity overtakes the shells causing them to crash and shatter. 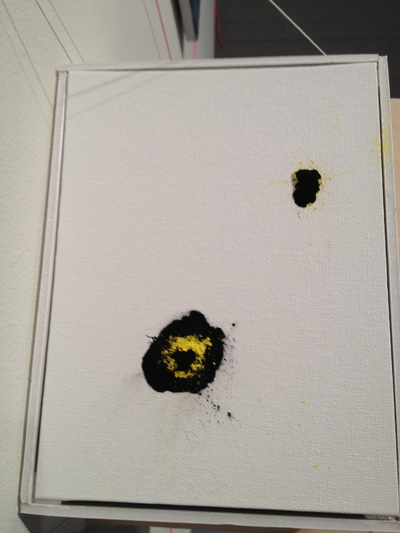 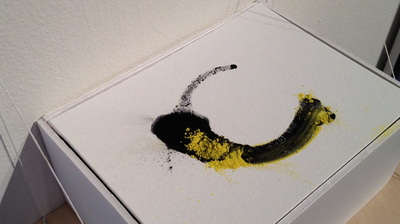 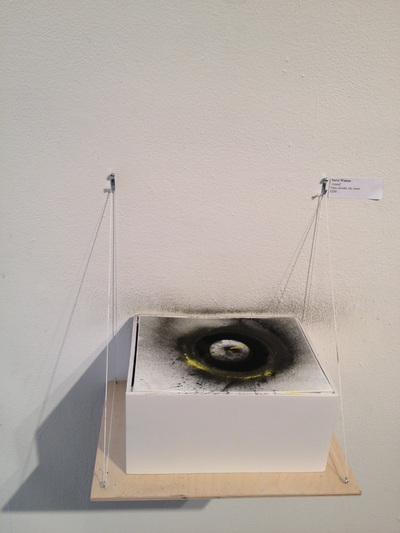 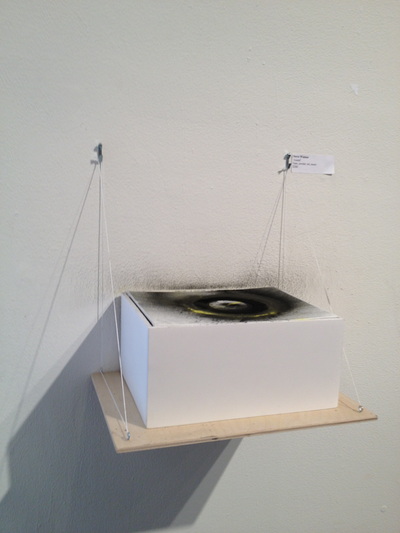 All images and audio files are copyrighted. © Steve Wanna